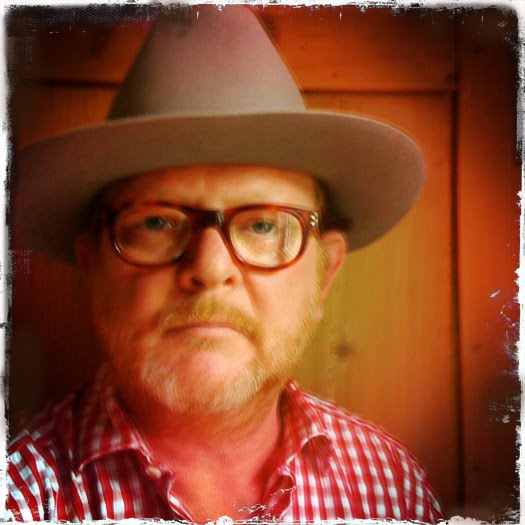 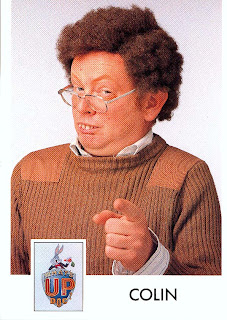 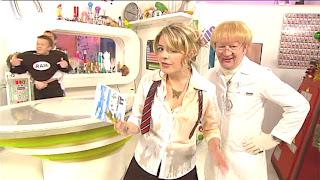 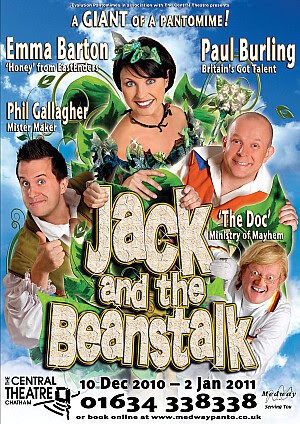 I have finally taken the panto shekel and signed up for Christmas with Paul Hendy and Evolution Productions
The good news: I'm working - and I miss most of Christmas; I'm working with Emma Barton and a lovely cast; I'm reviving the Doc.
Bad news: in Chatham.

I last went to the Central Hall Chatham in 1973 to see Gary Glitter. My mum wouldn't let me go alone, so she came with me. Probably wise. I recall I wore a pair of Brutus dungarees and Army boots painted with red humbrol and stencilled with silver stars on the toecaps.

My mum never really recovered from the experience, she screamed all through Gary's show, vociferously stating that she did want to touch him...there. She went to all his concerts after that, including his Gladiatorial Finale at the Dominion Tottenham Court Road. I regretted for ever that I had not gone to see Bowie's Ziggy Stardust show at Chatham the following week, but I had done my entertainment budget.

I got to meet the Great Glitter on many occasions during my career in semi-showbiz. I moored alongside his boat in Tortola in the Virgin Islands in 1989. We had dinner and he would emerge on deck without his wig. Up until then, I belived it was all his own.

Then, there were several occasions on children's TV. If you were short of a flamboyant guest on a kid's show, Gary would only be a call away. Can't think why? I worked with him at Disney and several times on What's Up Doc. He was always personally charming and mad as a hatstand.
Here's a link to a classic ep of What's Up Doc, featuring not only Gary, but Robbie Williams and Take That, but also an uncredited Chris Sievey (Frank Sidebottom) as a French tunnel digger, Simon Perry and myself as Pasty the worm, who looked a bit like an old boy's penis...

The final occasion was a Christmas Show in about '92. Gary had been booked to sing out with Rock n Roll Christmas with the whole cast and crew backing him. Being one of the show's 'characters", Colin, I was in the first row of backing vocalists right behind Gary.

A lot of the Christmas budget had been spent on a large Glitter Cannon to end with a bang and a flash. On the final chorus, Gary sings: It's Christmaaaaaaaaaaasssss! Throws his arms back and head back, opening his throat to the lighting rig. The cannon goes off and I watch, as if in slow motion as a one-centimetre square twinkles down from the ceiling and lodges itself in the back of GG's gullet.

Showman to the end, Gary disguised his retching and spluttering as a diplay of deep emotion and staggered off the stage in the manner of the late James Brown.

He was found in his dressing room five minutes later, wig off, alternately gasping from an oxygen tank (which toured with him by that time) and taking bites from a Mars Bar to dislodge the offending glitter. It is a ( late ) Dennis Hopperesque image which has remained with me and is my abiding picture of my once hero.

Imagine the favour he would have done to himself and his reputation if he'd allowed nature to take its course and had suffocated and died. Imagine the tabloid headlines:
GLITTER KILLED BY GLITTER.

Instead he suffered a severe bout of tinsellitis. Sorry, too many years with Basil, Boom, Boom.

The DOC never met Gary, although I am sure they would have hit it off with many similar interests. The congenital blond freak from the Institute of Gender Reassignment Studies in Munchengladbach has not been entirely back in his specimen jar.

For the past four years he has done a live science panto at The Brighton Dome, THE EVEN BIGGER BANG and will do two shpws again this year on Dec 3rd, before he takes up his role as Dr Fleshcreep in Chatham. In Brighton he has liebframilch on his rider and hot and cold running boys in his dressing room.
In Chatham, he will have a damp box with a cold water tap and outside lavatory. He was horrified by the lack of sailors on the street in this maritime town whose naval base was once overflowing with discharged seamen.

The Doc, who launched the careers of Stephen Mulhern, Holly Willoughby and Cheryl Tweedy on Ministry of Mayhem, fears that the glory days may be behind him.
A bit of Doc, with James late of Busted, then Son of Dork...where is he...? No, where are any of us...? except Willoughby and Mulhern, ITV's biggest stars!

He is , however working himself up for a BIG COMEBACK, so watch out next year when he will be touring!


Panto2010, originally uploaded by petercocks.
Posted by Peter Cocks at 08:14